Apparently some doctors are treating people with electromagnetism. Yea I know, it seems far out, but they actually place coils on the head and imitates brainwaves (50hz AC).

Supposedly some brain transmitters can go dormant and should be re-activated by the electromagnetic stimulation. 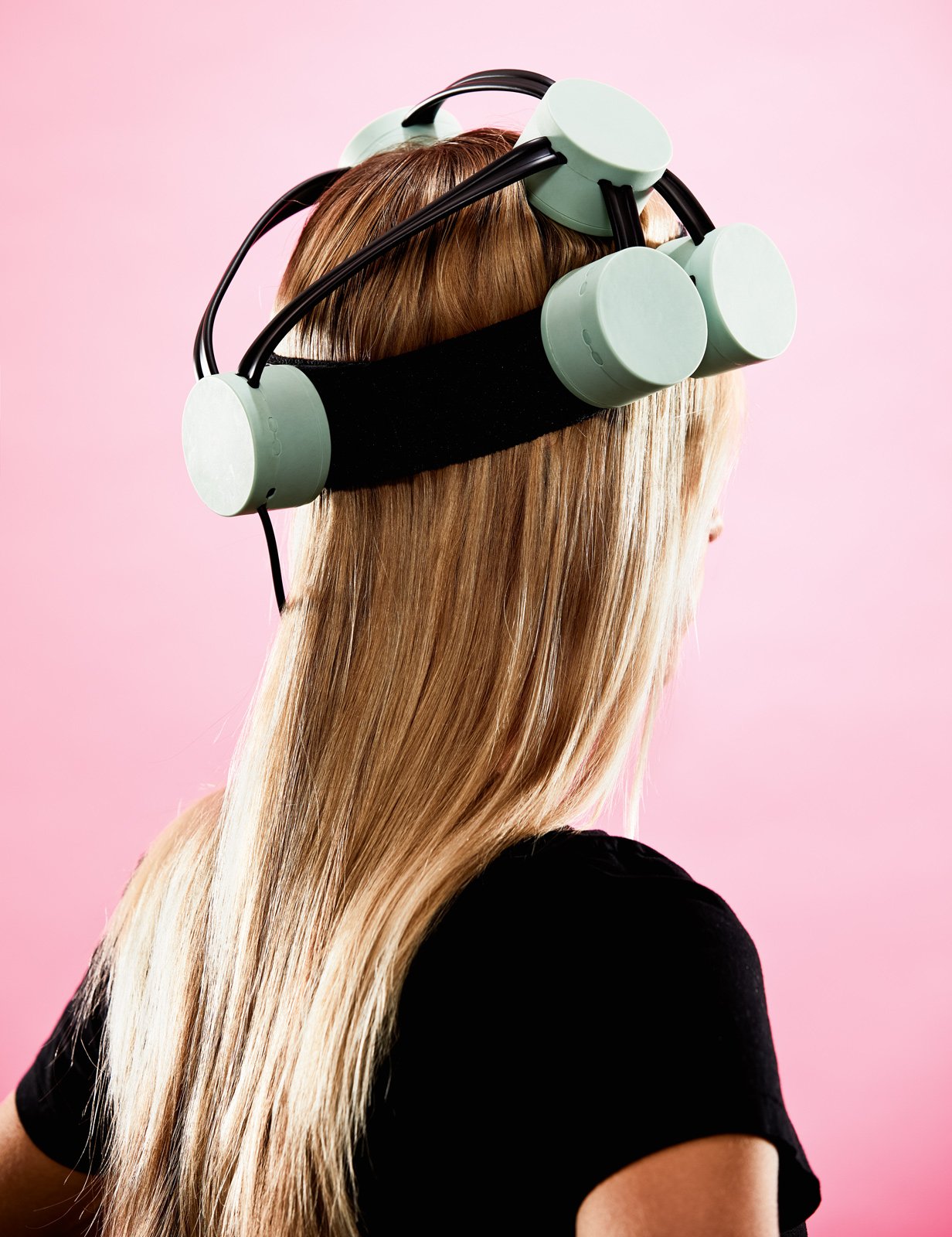 Anyone up for a FOC massage

“The helmet is amazing,” said Annemette Ovlisen, a graphic artist who suffered recurrent depression for 16 years and a participant in the Hillerod trials.
It’s like the fog lifts. It was like somebody hit the reset button.”The device contains seven coils that deliver a dose of Transcranial Pulsating Electro Magnetic Fields (T-PEMF) to brain tissues.The pulses are so minute that the patient cannot detect any sensation, and the only side effect so far is occasional “tiny” nausea that immediately disappears after treatment.
Prof Steen Dissing, of Copenhagen’s Faculty of Health Sciences is the helmet’s principal architect.
He said: “The device mimics electrical fields in the brain, and triggers the body’s own healing mechanism.”
The pulses activate capillaries in the brain, which form new blood vessels and secrete growth hormones. 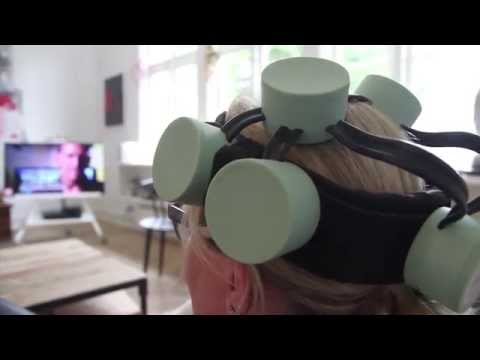 For those who wish to dive deeper into this, here is a talk with scientist discussing more targeted and individually administered stimulation: 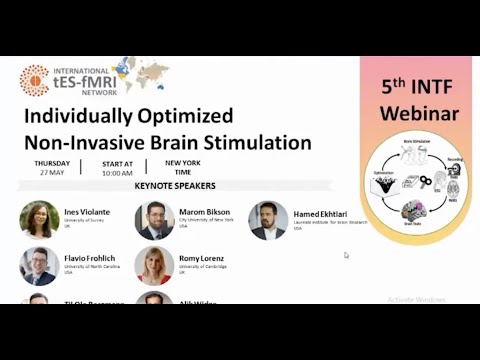 If you hook up the smart knop to the coils in the helmet, it would be like a brainwave tuner! How cool is that. Not so cool if you paz out. But Way cool if you reach some trance realm.

Maybe this is the next step in Human evolution. Ai Electromagnetic alteret States of consciousness. The new frontier of exploration is the mind.

Apparently some doctors are treating people with electromagnetism.

Some doctors also used to treat people with holes drilled into their heads.

Trepanning, also known as trepanation, trephination, trephining or making a burr hole (the verb trepan derives from Old French from Medieval Latin trepanum from Greek trúpanon, literally "borer, auger"), is a surgical intervention in which a hole is drilled or scraped into the human skull. The intentional perforation of the cranium exposes the dura mater to treat health problems related to intracranial diseases or release pressured blood buildup from an injury. It may also refer to any "bur In an...

Given how little we know about the biology and neurology of the human brain, I’d rather go out, touch grass and watch the sunset on the ocean beach.

True, but having a 2.4Ghz antenna right next to the brain may also impact the transmitters. Supposedly one can’t feel the magnetic fields. It’s not like our brain is fe-magnetic. You know speakers / headphones are electro magnets… 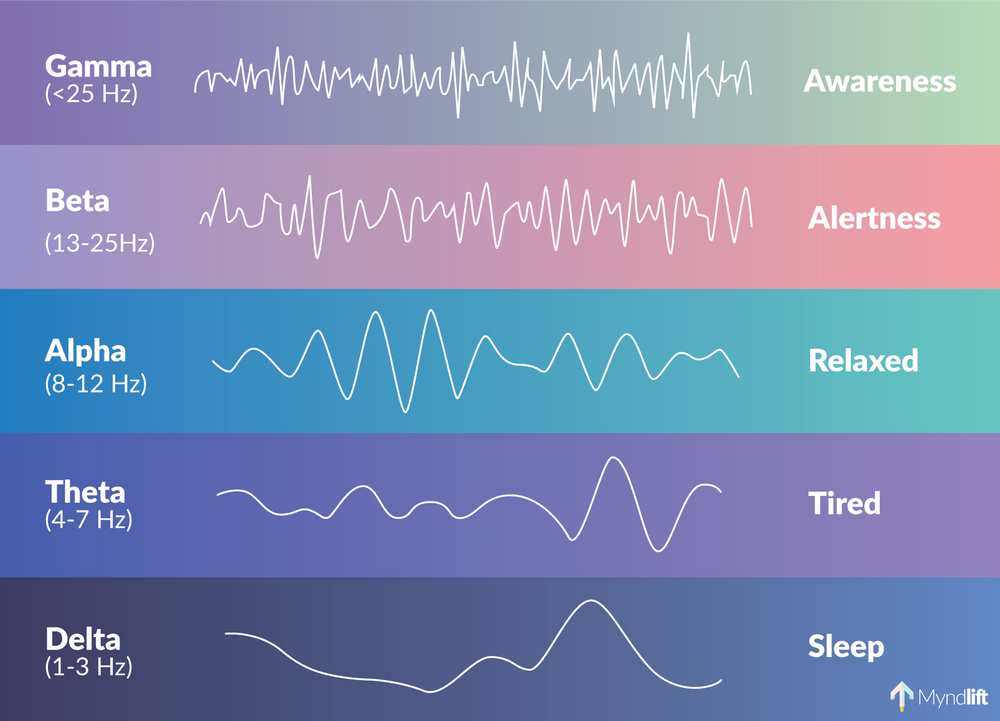 The trick is to have some kind of feedback loop, what they’re talking about in the video-conference-call above.
So to make it work efficiently, one would need probes/sensors on the forehead. That way one could do a simplistic chart of a session wave pattern, how deep does the rapid hole goes

What if you could Inter the dream state, but while being fully aware, that transcends 4K

at if you could Inter the dream state, but while being fully aware, that transcends 4K No way, they would have to drill a hole to get that implant into the skull. That is far out dude. Brave new world shit.

The cyborgs are coming !

Although it may seem like a more advanced approach to put a circuit inside the head, it really is a totally different approach. Nudging the brainwaves is based on the already existing wave patterns and should in a sense be seen as a meditation aid device.

From what I read on that Neuralink site, they wish to record or stream content.

Creating wave patterns we can do with the already existing software

Creating wave patterns we can do with the already existing software

Wave patters measured outside of the brain are super-imposition of the activities of billion neurons at a time. You cannot decompose such superpositions into individual neuron fire activities. Hence, the only option is to drill a hole and implant a test lead, like debugging a circuit.

Edit: Ive misunderstood the concept of T-PEMF. Apparently the purpose is to charge the tissue on a cellular level and thereby heal damage. Although it does sound cool to reach deep meditation with electromagnetism, that is not within the scope of T-PEMF therapy. Anyways, I have cero experience with it. Just stumbled upon it and see a potential use for the library. Not saying it works, but hay if it does then wow.

Basically NASA observed that this low intensity electromagnetic therapy can heal the tissue, which deteriorated because in space it is not subjected to earth magnetic field

A 2-year follow-up study of patients participating in our transcranial...

T-PEMF has an effect among patients who relapsed after remission with the first series of T-PEMF. Treatment-resistant depression is a condition that has a high degree of multivariate problems. Misuse of alcohol or drugs, severe somatic disorders and...

Treatment with transcranial pulsed electromagnetic fields was superior to placebo regarding functional rate of force development during chair rise among high-performers. Active treatment tended to increase functional rate of force development while placebo did not. Our results suggest that mildly affected persons with Parkinson’s disease have a larger potential for neural rehabilitation than more severely affected persons and indicate that early treatment initiation may be beneficial. Background Parkinson’s disease is caused by dopaminergic neurodegeneration resulting in motor impairments as slow movement speed and impaired balance and coordination. Pulsed electromagnetic fields are suggested to have neuroprotective effects, and...

Just to clarify a bit regarding the lib and actual hardware for this kind of treatment; the waveform used is bipolar, which means it goes from 0 to +50v back to 0 and then -50v and so on. This is not what SimpleFoc does, so don’t put your coils on the head just yet. To make this kind of waveform I suppose you need a specific PSU or circuit taking these voltages into account.

Here is the patent application (expired), showing the circuit used.

US6561968B1 - Method and an apparatus for stimulating/ modulating biochemical...

A method for stimulating growth in biological tissue or sprouts, an apparatus and a use thereof employs fluctuating magnetic fields. The apparatus includes a pulse generator and a plurality of coils in which pulsed currents will cause...

Edit: I Think there is some confusion regarding this negative voltage. Why would you apply a negative voltage to a coil? The goal is to change the direction of the magnetic field. So in a sense, by making the electrons flow the opposite way, compared to what it was, is flipping the potential. What they wish to achieve is to excite the tissue/cell ions by pulsating magnetic fields “T-PEMF” (Pulsating Electro Magnetic Field). So how do one make a magnetic field pulsate. One way would be to turn it on an off in “one” direction, another way would be to flip the direction. 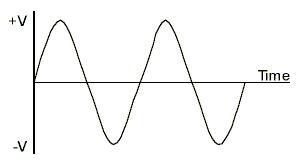 Introduction to  AC Wave Alternating current is that which changes its direction periodically. As we discuses earlier AC current is bi directional in nature. The AC waveform is that which represents / describes all the characters of the...

I suppose the way to control the current is with a resistor, like driving a low current low intensity LED. Seem straight forward…

Looking at Fig. 8 in the patent application the current tops out at 50mA.

From what I found online, the treatment for depression using T-PEMF is accepted to have efficacy but is not widely available because of extreme pricing. One Source state a 45K Danish Kroner for a full treatment (most likely 8 weeks) which translates to 6340$

The coils used has high winding count (2800 windings) with really thin wire (0.2mm) which explains the low current (50mA). So in order to actually test the treatment one would have to construct a coil winding machine. This can be achieved with two steppers motor/drivers for a relatively low cost.

Edit: Since the claim is that this technique can regenerate damaged or dormant tissue (not limited to brain tissue) anyone with a brain should benefit from it. The Danish culture of drinking among younglinges are if not the highest in the world, then perhaps in top 5. We have a very liberal approach to alcohol, maybe it’s a Viking thing or maybe its pure business. As anyone know, consuming solvents will damage the brain similar to smoking, and all sorts of stress and so on. One crude example would be a public football event the other day, where people started throwing bear cans and bottles over/into the crowd hitting people in the head. This lead to the canceled public football event because the cops don’t trust folks without the fence anymore. “Normal” healthy people don’t have perfect brains. So if this technology works without side-effects, it can potentially improve ordinary peoples lives, simply by “healing” or stimulating “healing” the brain. What if this kind of “servicesing” the brain can improve cognition and maybe even lift everyday mood?

Throughout life, new neurons are continuously generated in the hippocampus, which is therefore a major site of structural plasticity in the adult brai… 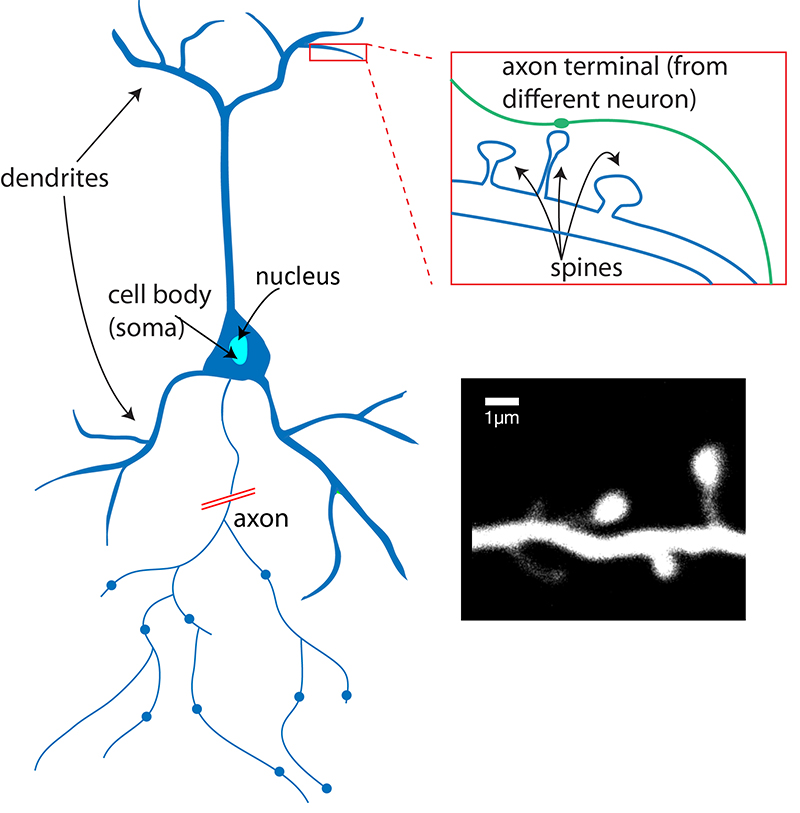 What is a neuron?

The basics of a neuron and its stucture

Each coil will have a voltage drop of about 4 volt´s, hence the relative high system voltage.

Using 50mA per coil, each coil should dissipate 0.2 Watt. That is within reason and kinda like a inductive resistor.

Have stepped up to 0.25mm outer diameter “magnet” wire, mainly to ensure the proscribed 0.2mm in the patent application. The mentioned 0.2mm could be bare copper wire without the coating. If using 0.2mm wire, the voltage drop would be 5.7v per coil at 50mA. 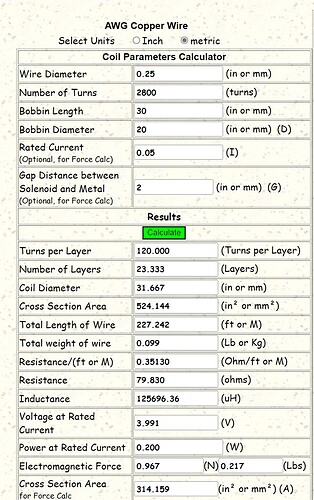 Funny enough, doubling the wire thickness and the current while using half the windings (1400) will produce the same magnetic force. 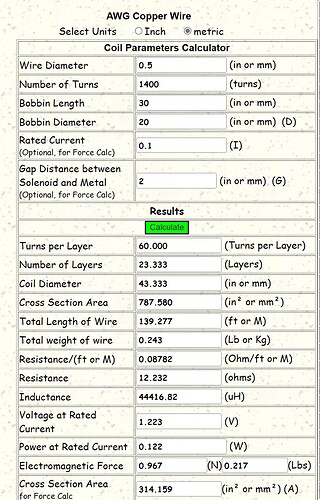 Edit: possibly the thin wire (0.2mm) and relatively high resistance is meant to delay the onset of the field, as to make a kind of soft onset. This same effect can be achieved by manipulating the gate of the switch: Putting a resistor and possible diode on the gate pin will push the on_time.

Basic stuff, one stepper to move the wire horizontally, another to spin the bobbin. 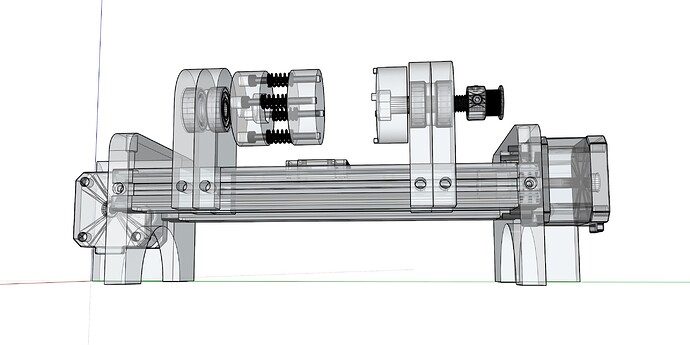 Apparently the reasoning for charging 8000kr. (1130$) in rent per device per month, is because the electronics is a class medical device, which need to be controlled/need new batteries (by the company).

Since we’re talking 50Hz waveforms, I believe one can plot a relatively detailed curve of each puls with a basic bidirectional current sensor and resistor (shunt) on a standard MCU. Naturally the voltage can also be monitored.

»I would say that I was very skeptical about it at first because it sounded too good to be true, but we have tried it on patients here in Glostrup, and it has a fantastic effect, and we have not observed no side effects at all. This is very, very interesting, and our patients with chronic depression are starting to ask if they can buy it, so they have it left at home until the next time the depression returns. I would do the same if I was in their situation myself, "says Poul Videbech - professor of psychiatry and chief physician at Psychiatric Center Glostrup (Source)