Since you are already deep into the lib, I just want to ask a question regarding position/angle control precision using 3 Hall sensors at 120 degrees. The magnets are 3mm long and it’s a 14/12 configuration (linear)?

I’m asking this because I wonder if a external encoder will be needed.

On my hoverboard motor i think i worked out the precision to be 1 tick = 4 degrees.

I don’t know exactly what you mean by a linear motor. I presume its a normal motor with a worm gear or similar. You say 14/12 configuration. Is this slots pole/pairs or gear ratio?
Lets say your motor is a 12n14p (12 slots 14 magnets) then it has 7 pole pairs. So running the same maths is going to give you 42 ticks per rotation. You’ll have to convert that to linear distance.

Does your motor already have halls fitted? Given a choice I’d go for a magnetic encoder. These often have 16k ticks per revolution. A cheapo as5600 (£3 on ebay) has 2k ticks per revolution. Gluing a diametric magnet to the back of the motor and 3d printing something to hold the sensor isn’t too difficult but if you don’t have a printer…

Ok, thanks for that clarification.

By linear i mean tubular. 3mm round magnets inside a tube, with the coils around. Ironless.

Actually i was thinking, if there is a way to measure the magnetic force instead of the On/off state. Like a analog output, which potentially could yield much better precision ?

The board has the HALL´s fitted… on the backside.

With these sensors, potentially, you get the ADC resolution per polepair. 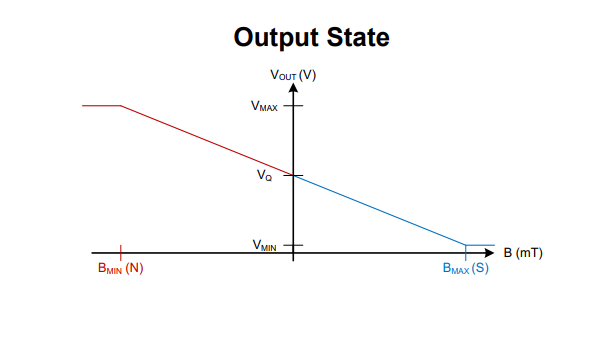 Analog sensors may not work very well due to the stator coil field contributing to the value you read. The permanent magnets seem to be enough stronger that it’s not an issue with on/off sensors, but I’m not sure about analog.

But it should be possible to do microstepping similar to how stepper drivers do, using PWM to position the stator field inbetween two sensor states.

Ok, so maybe if the hall´s is sitting inside the motor there could be some issues, but i do not plan for the board to be inside the motor. The coils will be above or below the board, and the underside of the board (where the HALL sensors are) will be sliding over the magnets with X distance.

Edit: I do see your point. But from the perspective of a linear setup, as long as you have some distance to the coils, it will work.

Is the 3 phase bldc running FOC able to “half step” / apply torque until the rotor moves into position.