AS5047U encoder not providing any signal

I am trying to use the AS5047U magnetic encoder in incremental mode with a CubeMars GL40 motor and an Odrive 3.6 to do FOC control. I know the encoder spreadsheet indicates that these are not supported, but surely that refers to non-incremental data acquisition modes? I can’t see why this chip’s incremental interface would be different from others, but I am a novice with electronics.

The encoder is mounted on the rear of the motor. The magnet is as close to the chip centre as possible with a Z spacing of ~0.5mm. Here are some screengrabs to get an idea of the setup. 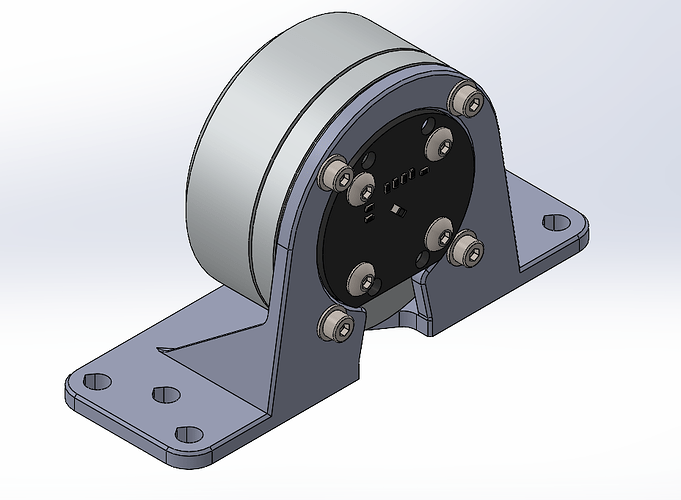 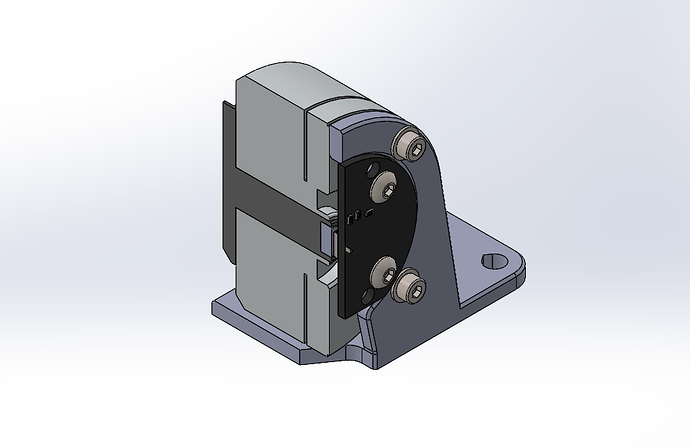 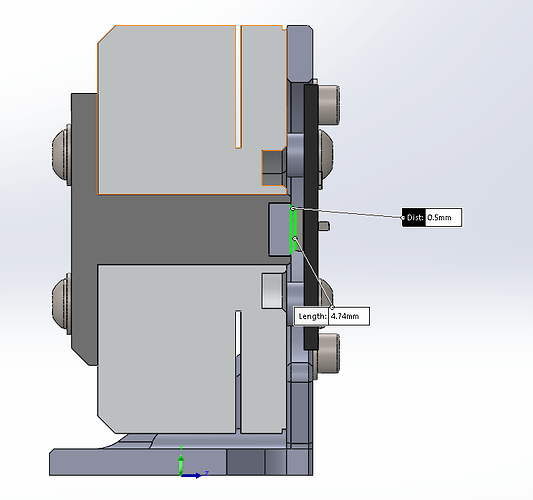 Right now, the encoder is giving no response at all in incremental mode or SPI mode. I have attached probes from an oscilloscope to the appropriate pins to inspect both of these modes of operation. 0V with respect to GND is reported on the A/B/I lines with rotation of the motor. This remains true when I try to wave a magnet across the encoder to induce any noise signal.

I have included my schematic below as a reference in case I have done something completely wrong. I have included some notes about the modifications and debugging I attempted. 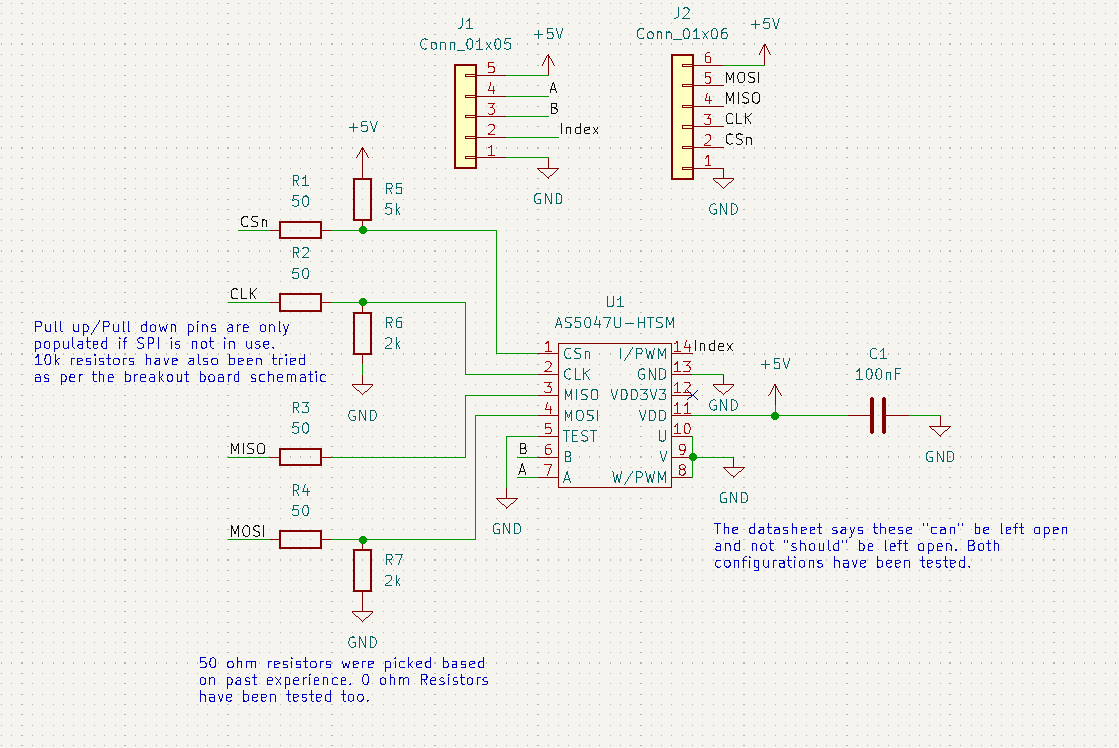 Any help would be greatly appreciated.

in terms of the schematic I would say the power connection is incorrect. The AMS sensors always connect VDD and VDD3V3, in two configurations depending on the voltage used:

For the SPI I think you have more than you need - I usually just have a nCS pull-up, and nothing else, and get SPI communication working just fine. The extra resistors probably won’t hurt with a single SPI device on the bus, but normally a device’s SPI lines should be high-impedance when nCS is high, and not pull the lines low, I would have said.

Thanks, dude! This setup is just for testing out the motors. The robot they will be put on is much cooler.

I left this extra capacitor out intentionally thinking it was just an extra decoupling capacitor or something. Since I was not planning to use the 3.3V LDO under any circumstance, I just left it open. Was this a bad assumption? I am going to run this test anyway because I am not sure what else to do, but it would be cool to have insight into what’s going on if you have ideas

I think you are right about me having more resistors than I need here. I was working on another project a couple of months ago with a bunch of ADCs daisy chained together over SPI. The more I added to the chain, the worse the integrity of the SPI signal got. I found a resource somewhere that suggested adding series resistors, and it was a bit of a magic solution, to be honest. Currently, I populated as 0-ohm resistors anyway. The extra pull-downs are only populated when the SPI bus is not in use, and the lines are left open. I think this means my config when running the SPI comms is similar to what you suggest.

You were totally right about this man! I performed a janky solder job adding a through hole cap between the legs on the IC, and it sprang to life. You have made my whole week helping me fix this here!