I’m intrigued by the possibility to use the embedded engine alternator used in motorbikes as a “motor” other than a generator.

It is in fact some sort of a three phase motor, there are already mild hybrid vehicles using this approach to provide electric assistance to the petrol engine.

I would like to use the existing alternator, it wont have the advantages of a proper motor, however it could be useful in some ways:

Being able to drive the alternator as a motor and having an high resolution feedback of its speed can lead to a non mechanically constrained way to “help” the regularity of the petrol engine.

Assisted gear changes: on some vehicles gear changes are clutchless, there are electronic devices which temporarily disable ignition to the petrol engine to provide a repentine deceleration of the engine side of the gearbox, to have the two sides (engine and wheel) not forcing on each other, this allows for a “on the fly” gear upshift. (This process is called quickshift)

The same happens in downshifting, when the vehicle is decelerating and the wheel is rotating the engine, the engine is powered for a brief moment to “equalise” the speed of the two sides of the gearbox, with the same target as before: free the gearbox, this allows for a fast downshift. (This process is called autoblipper)

Here the smart alternator can be used as a brake, generator, in the upshifting phase and as a motor in the downshift phase.

Luckily the motorbike alternators have no electronics in it, the three phases are thrown out and theres an external regulator which charges the vehicle battery.

To start playing in this field i think ill require to install hall sensors between the windings and find some sort of driver board compatible with this application. The alternator I’ve got is rated 60v 500w. It can reach 11000 rpm.

It would be necessary to measure its speed with a sufficient resolution to detect and react to the imbalance at low speeds, but not too high to flood the mcu at high speeds, dont know if the halls itself are enough for this or i need some encoder to assist this process.

The driver board should have the capability to collect the energy generated by the alternator to recharge the battery of the system.

I have very little experience on electric motors, I would be happy if you can point me to the best hardware approach to start exploring this topic.

I’m waiting for a MC stator in the mail. There are many different sizes, 115mm seams to be the largest. I’ll try to run a eMTB with it.

The boost converter uses the energy “transformation” in the collapsing field of the windings. Take a look at how a boost converter works. It always has a FET with a path to GND being switched. That’s why we need 6pin control. We wanna control the low side (path to GND) while the high side is off. Transforming a low voltage to a higher voltage. In the regen or wind-turbine case the stator/winding does not produce the charge voltage, so we have to boost it.

The higher (boosted) voltage will run through the body diode of the high side FET. That will be its path to charge.

You could also just make a dedicated boost setup without high side FETs. But it can’t control a motor.

Most suitable MC stators are 18slot stators. So giving it halls 60 degrees or 120 degrees apart is luckily in the space between stator teeth.

Which MC are we talking here? Some MC stators has a weird configuration with some of the slots being used for high turn count.

At the moment I do not believe SimpleFoc support regen, but if the controller has 6pin pwm control, and knowing the motor constants, the switching freq. depends on speed and what voltage you want to achieve. Having a voltage sensor (resistor devider) will be a good addition to the current sensors.

Hmm ok, sorry my head is in eMTB mode. Doing 11000 rpm the “generator” will produce more then enough voltage, so it needs a buck (step down). If it’s too much for the battery. Like always, you have to design for a specific use case.

Keep in mind, that a MC battery is usually 12v. So if the stator is wound to be eg. 40kv. That gives you aproxima 480rpm worth of BLDC assisted movement. Way lower then the base rpm when the engine is at idle. Maybe you can assist the idle w. 12v. But what’s the fun in that. You still burn fossil fuel without going anywhere. It does have a nice sound. Of course pushing the MC if you run out of fuel, you could potentially get a decent amount of assistance until you drain the battery. Then it won’t start when you reach the gas-station

You just as well go all in on the green transition. Make the switch from petrol engine to e-mobility

If you wanna go fast. Up the voltage and put several 115mm stators on the thing. That requires a beefy battery, depending on the target range. And we’re back to harvesting batteries from e-scooters on the street

Basically the MC generator is designed to produce a charge voltage at idle. When the rpm goes up, the buck converter keeps the voltage down, so not to damage the battery.

Edit: I see you have a smart use_case for potentially helping the gear shift and stuff. That’s out of my league. I guess I just wanted to say that I’m also interested in MC stators but for a different usage, as a actual BLDC.

Thank you for your hints! Gonna investigate the things you pointed out!

I didn’t expect to run this thing from the poor little vehicle battery, I’ll need to design an energy source for the thing too, lipo packs, capacitors, dragon’s blood powered stuff, something

So a question adds up, which voltage/current characteristics of the energy source would be suitable for such a thing ?

If you want to continue burning fuel, I believe you will find a much larger marked for controlled hydrogen injection/mixing into the combustion chamber. You could start to produce your own hydrogen from a wind-turbine or a ox pulling a generator. 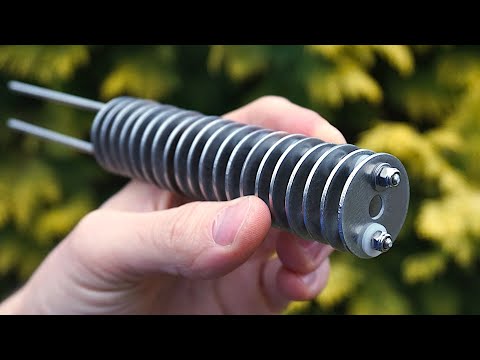 What defines the amount of hydrogen produced. Voltage? How much hydrogen can a optimized MC generator produce while running. What is the water consumption. What is the burn compared to regular gasoline? And ultimately, what is the mileage increase?

Hydrogen burns and travels through the combustion chamber 10X faster than a gasoline flame. Hydrogen fills the space between fuel molecules and has the effect of making them closer together. The flame travels faster and the fuel is exposed to flame sooner and for a longer period of time. The result is a cleaner, more complete burn.

Holy Ox, all you have to do, is mix it in the air intake. Badabing badaboom

Last question, how will you regulate the fuel injection with the Added H2 mix in the chamber. Does the engine need a new firmware ?

From what I can find on that website, flooding the chamber with too much hydrogen will decrease the performance, but that is only because of the spark timing, since hydrogen ignites faster then fuel, so if mixing more hydrogen is desired, then the engine firmware has to be hacked/changed/upgraded with a hydrogen variable.

Controlled tests demonstrated 56% and 39% improvement in mileage in gasoline and diesel vehicles respectively.

(Note: above is from the company selling hydrogen generators)

They also claim a reduction in CO2 emissions by 50% I kid you not. I guess that comes from the extra mileage. 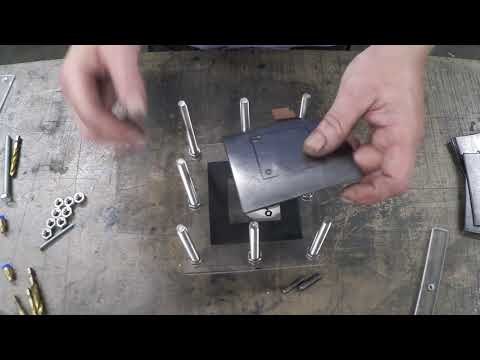 The example in the video uses two 12v “cells” back to back, but if you know how to raise the voltage or drop it in a buck/boost setup directly from the generator, you could, in theory, stack more plates and run it @ let’s say 52v @deffie @lower amp’s. Forget about nitro injection, hydro is the future! The challenge is having enough power for all your electronics, spark plugs included + the hydrogen generator, which is why I suppose a separate buck/boost module will ease the strain on your buck-battery-charger.

This brings us to the efficiency of your MC generator. Maybe you have to fiddle with a new rotor with neodymium magnets and re-wind it for better winding factor.