This is a geared motor and if I measure the revolution time of my output shaft, the calculation of the scope is correct. Any idea’s where the issue could lie? Is the Arduino Uno not fast enough? 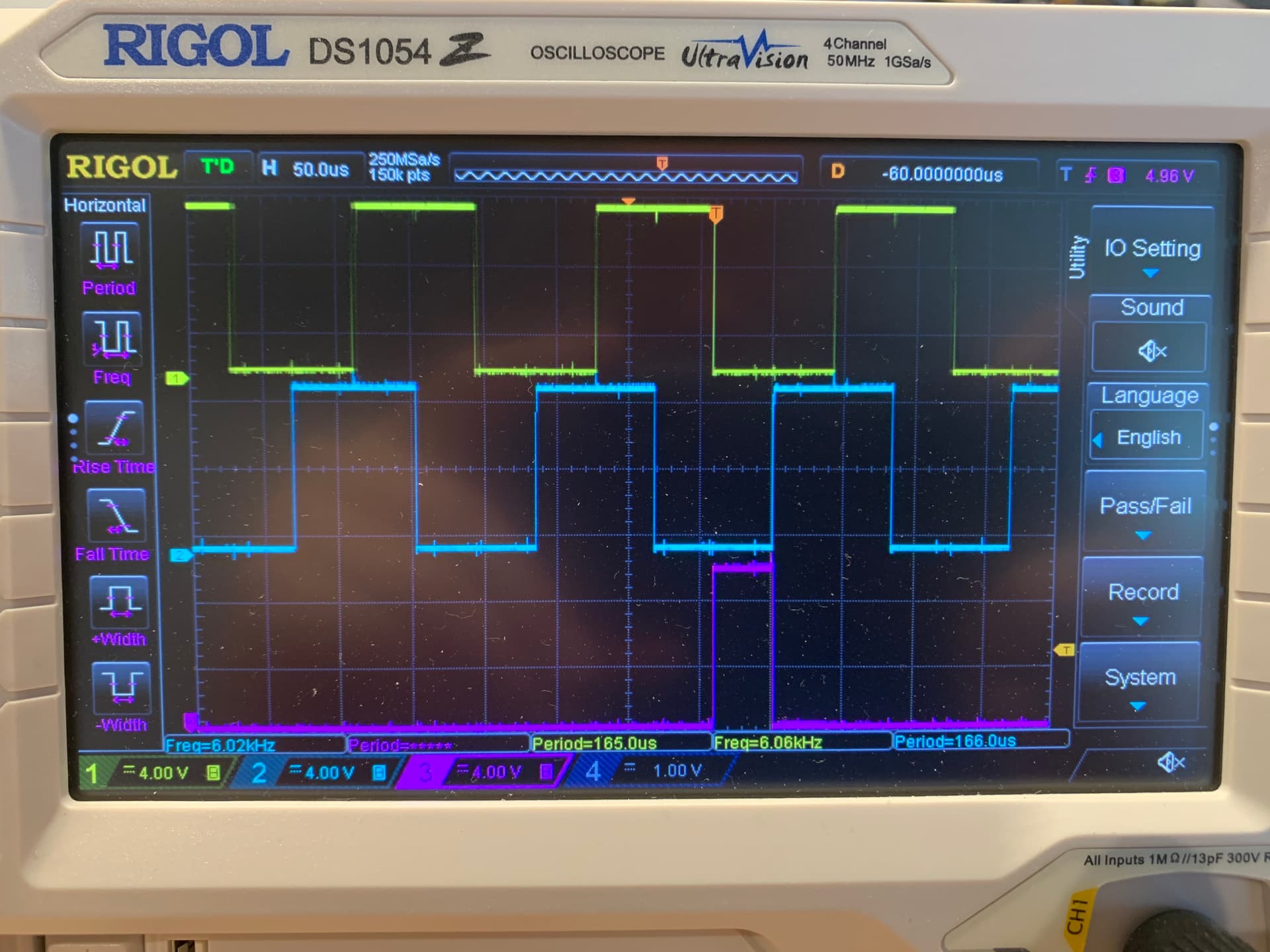 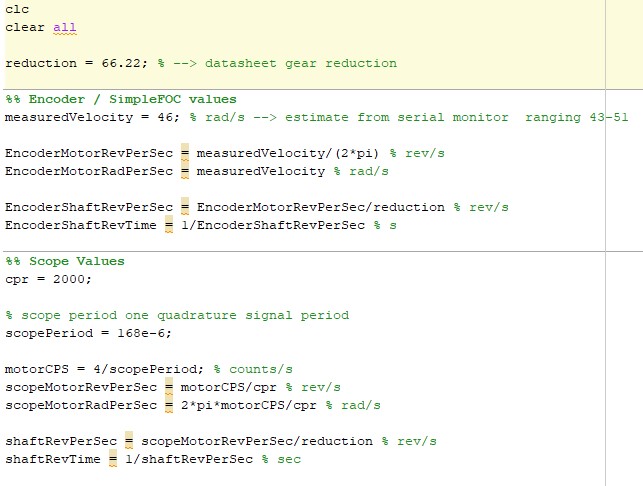 BTW. 20,000+ impulses per second is a lot for Arduino UNO. In my experience Arduino will start having problems around 20,000 interrupts per second.
Thant also could be the issue.

What is your enconder impulse count and what is the speed that your’re spinning the motor?

Hi, thanks a lot, this did the trick. I was not aware the position was already called in the motor.move() function. I also noticed that that the getVelocity call inside the move() function uses a low pass filter, that is also nice to smooth the data bit.

pulses per second is a lot for Arduino UNO. In my experience Arduino will start having problems around 20,000 interrupts p

After your first reply I also found this rule of thumb somewhere on the site! I do seem to get a bit smoother result as I go slower. Currently I have roughly 23000 count/s, it doesn’t seem to give a problem yet. My target voltage is already set to 1.5V, if I go much lower the motor also doesn’t seem to like it.

The high count has to the with the required shaft output after a 66:1 gearbox reduction.

I also have an ESP32 laying around, I may give that one a go to see if it improves. But currently happy with the results! One step at the time

Thanks again for your help.