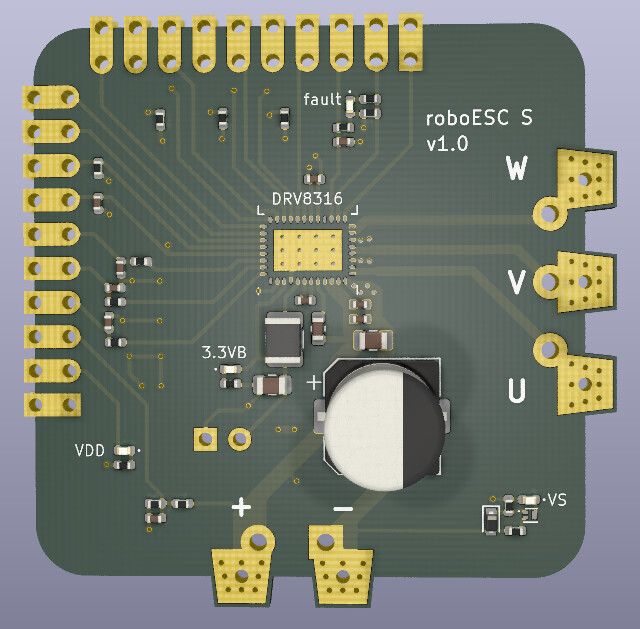 I think I might have a new favourite driver, if it works as expected…
I’ve ordered the Eval-Module, it’s in the mail, and I’ll report back once I’ve tried it.

This is really awesome!
Is this some new chip, I’ve never seen it before.

It seems like a winner. Although low side current sensing will be difficult to integrate with Arduinos the rest of the chips would have no issues with it. But Arduinos even if current sensing is easy don’t have the performance to use it right

Its really cool and I’m really interested to hear your experiences!

Yes, its brand new, only available in pre-order quantities… but the EVM can be ordered.

Fantastic I’ve been waiting for them.to make a chip like this.

Samples as well I suspect?

Nice find.If it work with Simlefoc it will be winner.

Samples as well I suspect?

Yep. PCBWay already has my board order. Lets see if they can source the chips

2 posts were split to a new topic: JLCPCB vs PCBWay vs OSHPark

Matt Hein here (from the TI group that owns the DRV8316 - https://e2e.ti.com/members/1779149). Always happy to see interest & feedback on our parts. Would love additional comments & feedback from you guys on what works and what doesn’t!

@xcalplaxis Awesome! Thanks for joining our community

Welcome @xcalplaxis - it is great to have someone from TI on this forum. Drv83xx are very popular here!
I’ve also found your companies youtube videos very useful.

Matt Hein here (from the TI group that owns the DRV8316 - https://e2e.ti.com/members/1779149). Always happy to see interest & feedback on our parts. Would love additional comments & feedback from you guys on what works and what doesn’t!

Hi, great to have you here Matt! @xcalplaxis

Is there anywhere else (or better) you’d like to receive feedback, or would right here in the forum be good?

Hi Richard - while the “Submit Document Feedback” may eventually get to me, posting on our E2E forum goes directly to myself or my team - https://e2e.ti.com/support/motor-drivers/f/38.

I wanted to join this forum as well as a place for feedback & ideas from you guys.

Very glad to hear that DRV83xx are popular, I’m trying to keep that trend!

On the content side the hardest part for me is searching where my content like videos or app notes exist, so I end up keeping a massive table of all of my “stuff” to share as needed. If you have any feedback on trainings or technical documents that you would like to see, please let me know!

@xcalplaxis - can you explain if there is a naming convention to the DRV83x - it seems a bit random. In my head DRV830x are typically high power but need external mosfets. DRV831x are low powered but have integrated mosfets and it’s hard to tell what have SPI or which have BECs. I guess you have your 3 phase product page which has filters.

That’s a great question, and I wonder about it myself sometimes. The products which are now all in the Brushless-DC motor driver organization came from several separate product groups originally. You can expect some major deviations & oddities from the “norm”.

The DRV831x range has been reserved for integrated MOSFET devices (at least until we run out of part numbers) except for DRV8332 which was inexplicably named long ago.

We decided (around the DRV832x timeframe) to name parts with a serial interface (normally “S”) and devices with a hardware interface (normally “H”). For example the DRV8323S and DRV8323H are the same except for the interface. The DRV8316 is similar except we use “T” and “R” so we can reserve the “H” and “S” for upcoming variants of the device.

Outside of DRV8x, there are Functional Safety Capable devices (DRV3x) as well as devices with integrated control (DRV10x), but they are more application specific devices.

We tried to design the BLDC product page filters to be as useful as possible with the correct “lingo” to make it easy to filter to what you want. Do let me know if this page is unclear.

I received my DRV8316EVM evaluation module last week, and have set it up to give it a spin. Before I could do anything with it, I had to write a driver for the SPI interface you use to control it.

It’s working in my tests, and I included all the registers and configuration options currently documented by TI, so if anyone has a use for it, it is available here for the moment: 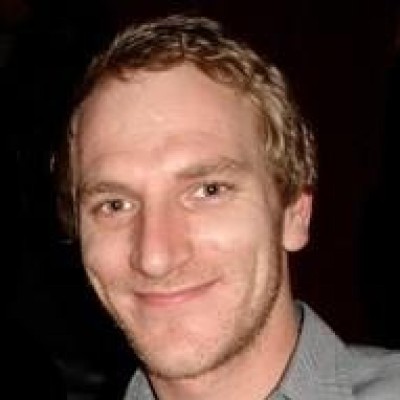 And a very simple usage example:

The chip itself has been easy to use so far, and SPI control and 6-PWM commutation is working nicely for me.
I’ll be looking at its current sensing next, as soon as I have time.

Was PCBWay able to source them turnkey?

Nope. TI won’t send the preview chips to them, or they weren’t able to order direct from TI or something like that.
I ordered them myself, sent them on to china, and went for kitted assembly. I can’t recommend that really though, or at least I recommend being smarter about it than I was. I wound up paying loads of shipping, and import duties for the chips, and more import duties for the assembled boards

Does anyone know what’s the difference between DRV8316 and DRV8316-Q1?
Could anyone buy the chips recently?